BEARING WIDTH – The width dimension of the member providing support for the truss (usually 3 ½” or 5 ½”). Bearing must occur at a truss joint location.

CANTILEVER – That structural portion of a truss which extends beyond the support (bearing). The cantilever dimension is measured from the outside face of the support to the heel joint. Note that the cantilever is different from the overhang.

CAMBER – An upward vertical displacement built into a truss bottom chord to compensate for deflection due to dead load.

CHORDS – the outer members of a truss that define the envelope or shape.

BOTTOM CHORD – the horizontal (and inclined, i.e. scissor trusses) member defining the lower edge of a truss, carrying ceiling loads where applicable. This member is subject to tensile and bending stresses. (On a simply supported, non-cantilevered truss).

TOP CHORD – An inclined or horizontal member that establishes the upper edge of a truss. This member is subjected to compressive and bending stresses.

CLEAR SPAN – the horizontal distance between inside faces or supports

CONNECTOR PLATE – a galvanized steel plate with teeth punched out on one side, which is hydraulically pressed or rolled into both sides of a joint to fasten chord and web members together.

GIRDER – A main truss supporting secondary trusses framed into it.

HEEL – The joint in a pitched truss where top and bottom chords meet.

HEEL HEIGHT – The vertical distance between the outside edge of the point of bearing to the top of the top chord at that location.

JOINT – the point of intersection of a chord with the web or webs, or an attachment of pieces of lumber (e.g. splice).

LATERAL BRACE – a permanent member connected to a web or chord member at right angle to the truss to restrain the member against the buckling failure, or the truss against overturning.

OVERHANG – The extension of the top chord beyond the heel joint.

PANEL POINT – The point of intersection of a chord with the web or webs.

PEAK – Highest point on a truss where the sloped top chords meet.

PLATE – Either horizontal 2x member at the top of a stud wall offering bearing for trusses or a shortened form of connector plate, depending on usage of the word.

SCARF CUT – For pitched trusses only – sloping cut of upper portion of the bottom chord at the heel joint.

SPLICE POINT – The location where the chord member is spliced to form one continuous member. It may occur at a panel point but is more often placed at ¼ panel length away from the joint.

TIE – A temporary bottom chord brace, may be omitted if ceiling is attached directly to bottom chord and provides adequate lateral support.

TRUSS – A pre-built structural member capable of supporting a load over a given span. A truss consists of one or more triangles in its construction.

FLAT TRUSS – A truss which has the top chord parallel to the bottom chord over the entire length of the truss.

PITCHED TRUSS – Any truss in which the top chord is sloped and the bottom chord is horizontal.

WEBS – Members that join the top and bottom chords to form the triangular patterns that give truss action. The members are subject only to axial compression or tension forces (no bending).

If it's trusses you're looking for, we're the place to go!
Click on the link below to get your FREE quote! 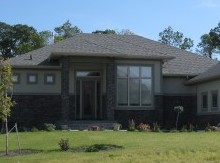 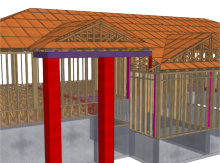 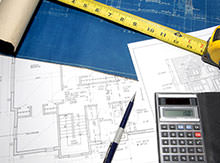 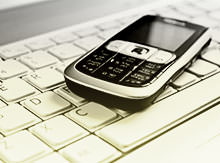